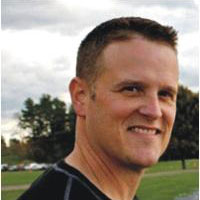 Randy began his electrical career in 1985 as an electrical apprentice for the IBEW. In 1991, he became a licensed Master Electrician and worked for a local union contractor in Vermont. He worked primarily in the industrial field for IBM as a contractor before being hired by IBM to work in their High Voltage Department. Randy attended specialized training at the AVO institute in Dallas, Texas and at the University of Tennessee which led Randy to become a 3rd year instructor in the IBEW Apprenticeship Training Program. In that capacity, Randy taught on the subjects of industrial motor controls, semiconductor electronics, safety and PLCs. Randy also spent several years at the Champlain Cable Corporation, a worldwide wire manufacturer, as the Facilities Master Electrician, prior to joining Workplace Safety Solutions, Inc.

In his free time Randy enjoys hunting and fishing with his three sons and following his boys who play soccer, basketball, and baseball which he is passionate about. Randy is an accomplished basketball referee and baseball umpire working at both the high school and collegiate levels.